Built a scanner? Started to build a scanner? Record your progress here. Doesn't need to be a whole scanner - triggers and other parts are fine. Commercial scanners are fine too.
Post Reply
216 posts

daniel_reetz wrote:Even the free trial has some kind of web-based activation system, and the software phones-home to check if you've clicked an activation link.

You know it's also a subscription service, right? I swear, I've looked at that software several times over the past few years, and each time I'm reminded that you pay per year, and each time I click "close" and seek some other tool.

If all you're looking for is to optimize feeds and speeds, start with the bit manufacturer's recommendations, and work up from there. When you hear your bit scream, or if you pause the job and your bit is hot, you've gone too fast: if you remain at that speed, your bit will get dull very quickly, and your cuts will not be as accurate.
The Singularity is Near. ~ http://halfbakedmaker.org ~ Follow me as I build the world's first all-mechanical steam-powered computer.
Top

Yeah, I did see that. I still think it might have some real use cleaning up the output of VCarve - which I'm also studying like crazy. I dunno. I don't mind paying for a year of use if it really does help me optimize things and make some very smart GCode. I'm looking at it as a one-time expense, which makes it less hard to swallow.
Fast prototyping and shop tips videos from Daniel on YouTube.
Top

Alright, so I've been having some fun thinking about where I can have the biggest impact, production-wise.

Here's an image of the current artwork.

Now, let's fill the cutouts with black and binarize it (make it just two colors). In this scheme, white pixels represent waste.

Wow, so roughly 47% of the wood ends up as waste in the current sheet model. Given how sloppy I was with the coloring, that could be +/-5%, but it's still substantial waste. Fine for one-offs, I think, but maybe not as fine for when I go into production mode.
Fast prototyping and shop tips videos from Daniel on YouTube.
Top

I see you still working on the issue of flipping the sheet to do the bearings pockets....

I was looking at the .psd file earlier tonight and I saw you can do this: 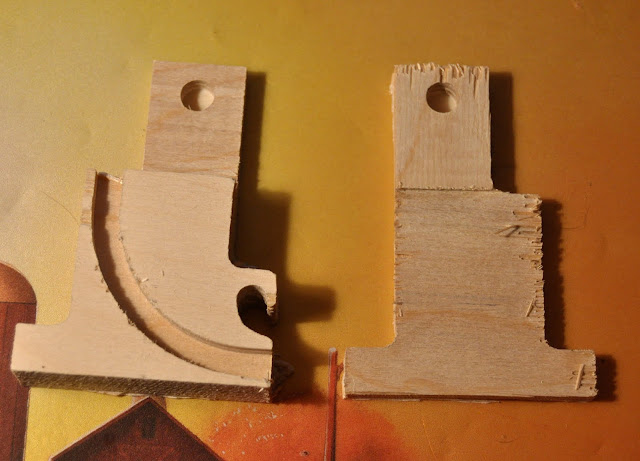 Well, you are able with your CNC to do rabetting ???? 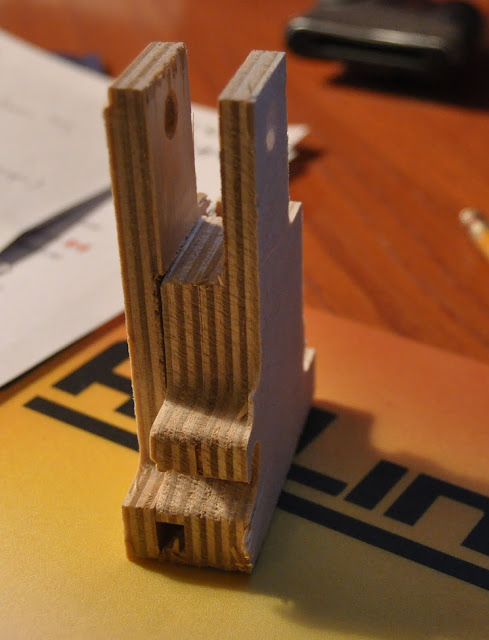 So, since we have about one feet left on the 5X5 sheet of the baltic birch, why we don't do this and keep the original two bearings design.

Why we don't do it in two parts, the first part .230" thick and the other one 0.480" with two dowel pins into the arm so we will be able to keep the two piece perfectley align ???

Need one of my autocad or you figure it out ?

Fab52 wrote: Need one of my autocad or you figure it out ?
FAb

Since I'm not otherwise contributing to this scanner while I'm finishing putting my other one through its paces, I'll order the year's sub for G-Wizard, or PayPal you the $70-plus-fees to cover it, Daniel or Rob. PM me your preference.
Top

Wow, that's really awesome of you, Vitorio. Let me see if the demo has anything to offer us first - I'm guessing my guest registration should go thru tonight.
Fast prototyping and shop tips videos from Daniel on YouTube.
Top

I know you will ask me for one of my autocad... 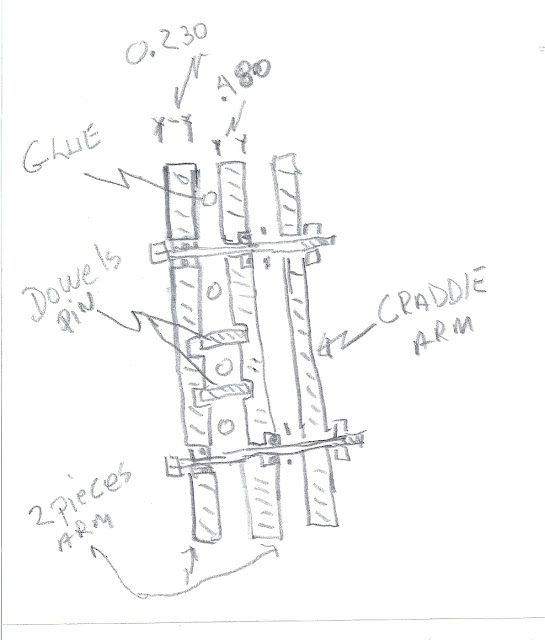 Well if you want to keep the baltic birch finish on both side you can go with this... but you will have to cut three pieces for each arm . 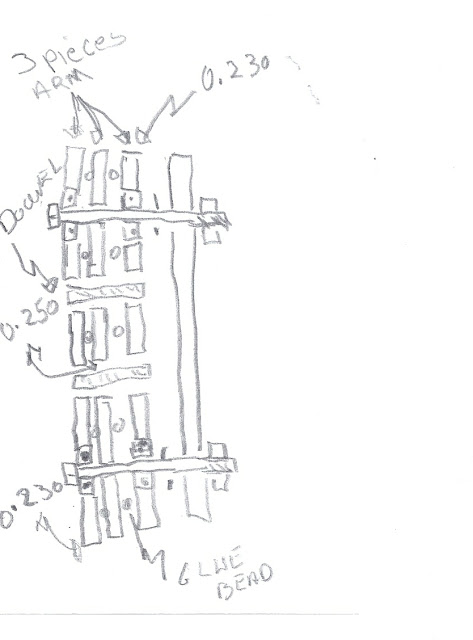 I hope this give you some idea....

Thanks for the great works

Alright, so I finally got Bob Warfield's G-Wizard installed and I learned a few things from it. I'm following the guide here if you want to follow along. I'm going to be mixing a bit of software review into this post.

The basic question I am trying to answer is:

Theoretically speaking, how fast and how deep can I go and still have a good finish?

I'm asking this question because it helps me set all other targets - how fast I can reasonably expect to cut a sheet of parts, how long I can expect a tool to wear, etc. A lot of this is dependent on my CNC router - which is fairly overbuilt. Big motors, strong drives, 12Krpm spindle, etc. So for now I'm just concerned about the feeds and speeds and how they interact.

First things first: Here's the feeds and speeds calc in GWizard. It's not the prettiest thing, and it's not always easy to tell what's a button. For example, the little "gauges" are also buttons - cut optimizer buttons. This took me a lot of blind clicking to figure out.

Machine -"VMC" - for machining center. I chose this since I couldn't choose "wood router" and because all the other options looked specific to a certain machine. I am assuming this is the generic choice.

Tool - right now I have HSS (High Speed Steel) downcutting 2-flute bits from Onsrud - but more on that later.

Tool Diameter:0.25". Flutes:2. Stickout:1 (guessing this is in INCH units though it is not explicit).

Now, with those settings, I get some disappointing - almost unbelievable - results. GWizard is telling me I can only take .03" off the plywood at a time! At that rate, I would have to take TWENTY FIVE passes to get through the material. That is unacceptable no matter what.

The basic idea of the cut optimizer revolves around having less than 1/1000th of an inch of tool deflection. I agree with that figure and don't want to push more than a thousandth or two - so I have to change something. The first, and most obvious thing, is stickout. If I change the stickout to .8 inches, you can see that the Depth of Cut doubles:

However, that still means TWELVE PASSES. Unacceptable, but I can't make the stickout any lower - the material is .75" thick, and I want to be able to have some margin for error above the material. So I'm going to switch the type of tool to Carbide Endmill. Interesting! Now GWizard is reporting that we can cut .2577 - over our target depth! This may also help explain why Fab52's CNC operator had troubles with bits breaking.

Now here's a complaint. The optimizer does not seem to accept any spindle speed faster than 7500 RPM. This is unfortunate because many routers like mine run at 12,000RPM. Because my spindle is air-cooled, it needs to be run fast to stay alive. So I prefer the higher spindle speeds. Anyway if I go back to the main interface and update the spindle speed to 12,000 RPM, GWizard updates the Feedrate to 287.749 IPM. 300IPM is a pretty good rate for a wood router like this. Due to the intricate nature of these parts, I don't expect we'll ever exceed that by much.

Another possibility would be to use a 5/16" endmill... could play with that next.
Fast prototyping and shop tips videos from Daniel on YouTube.
Top
Post Reply
216 posts